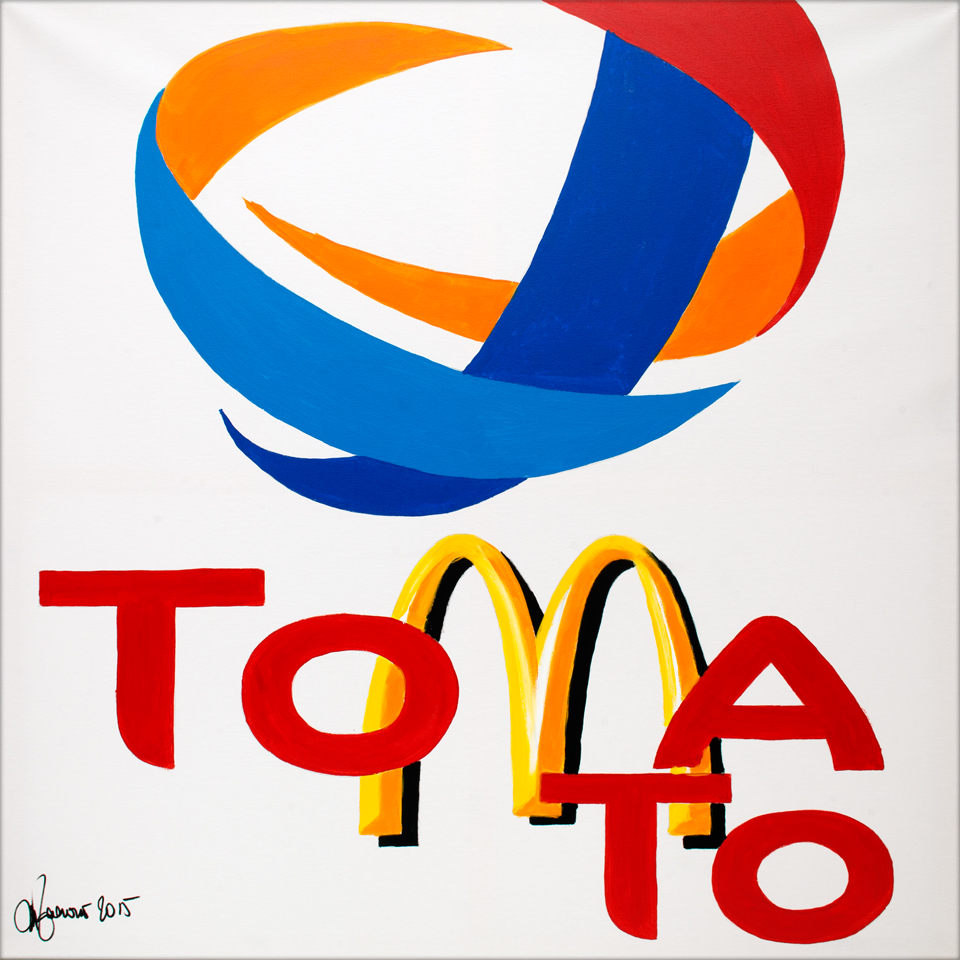 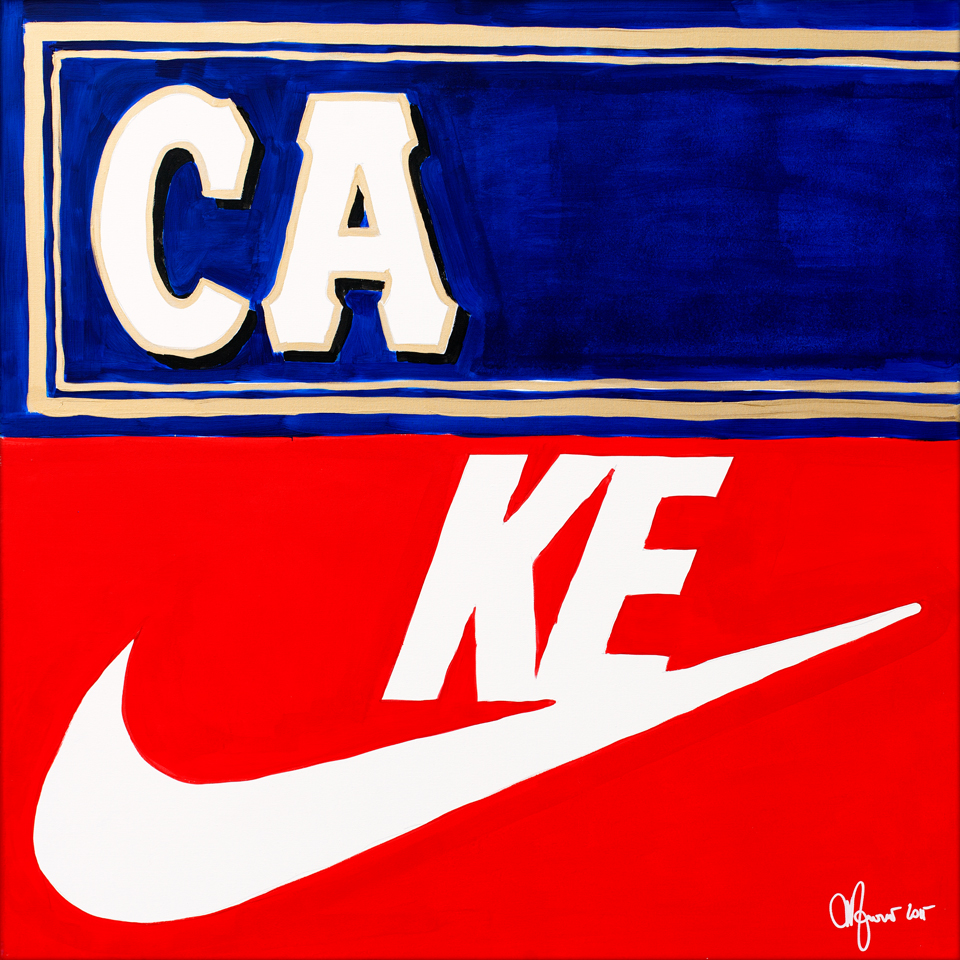 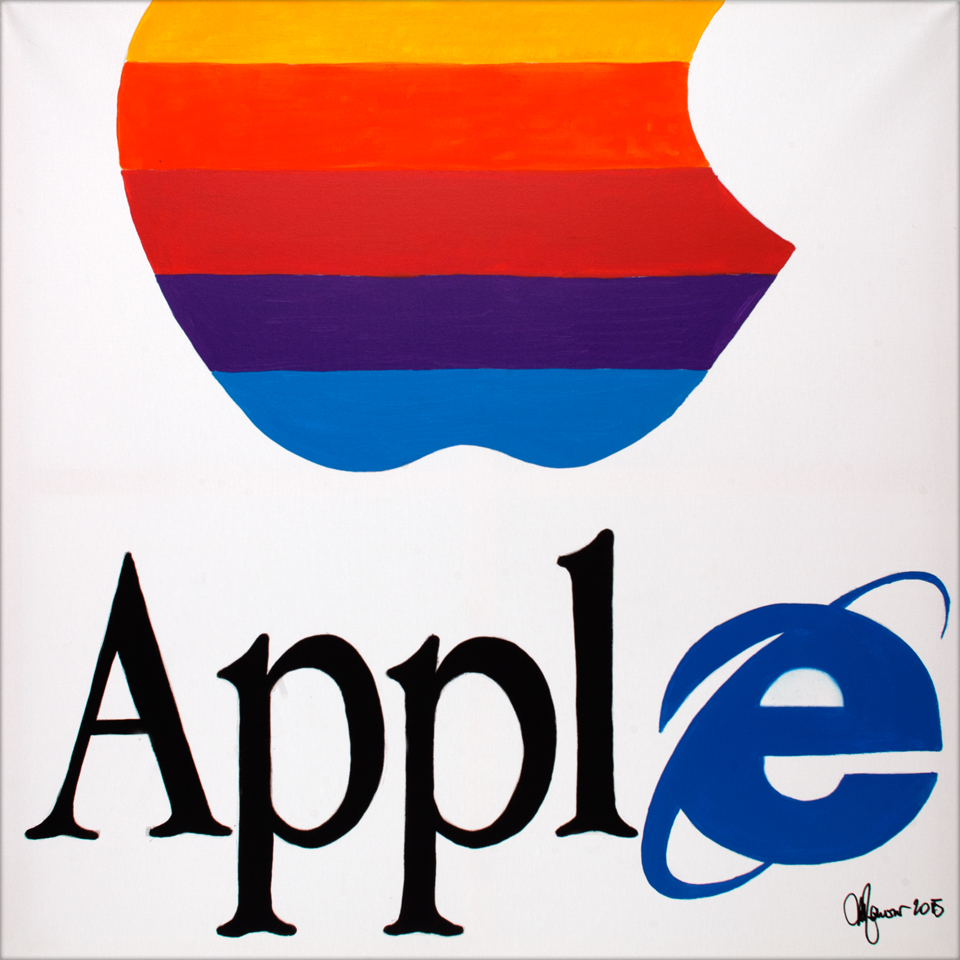 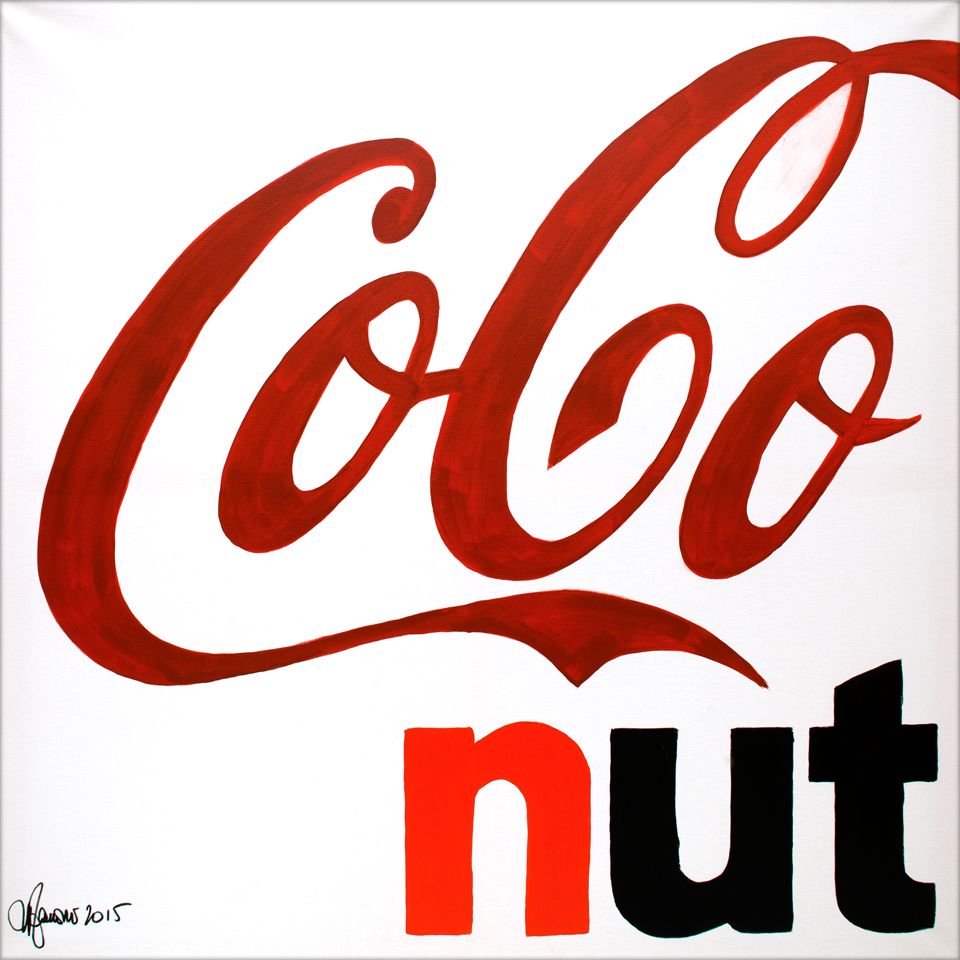 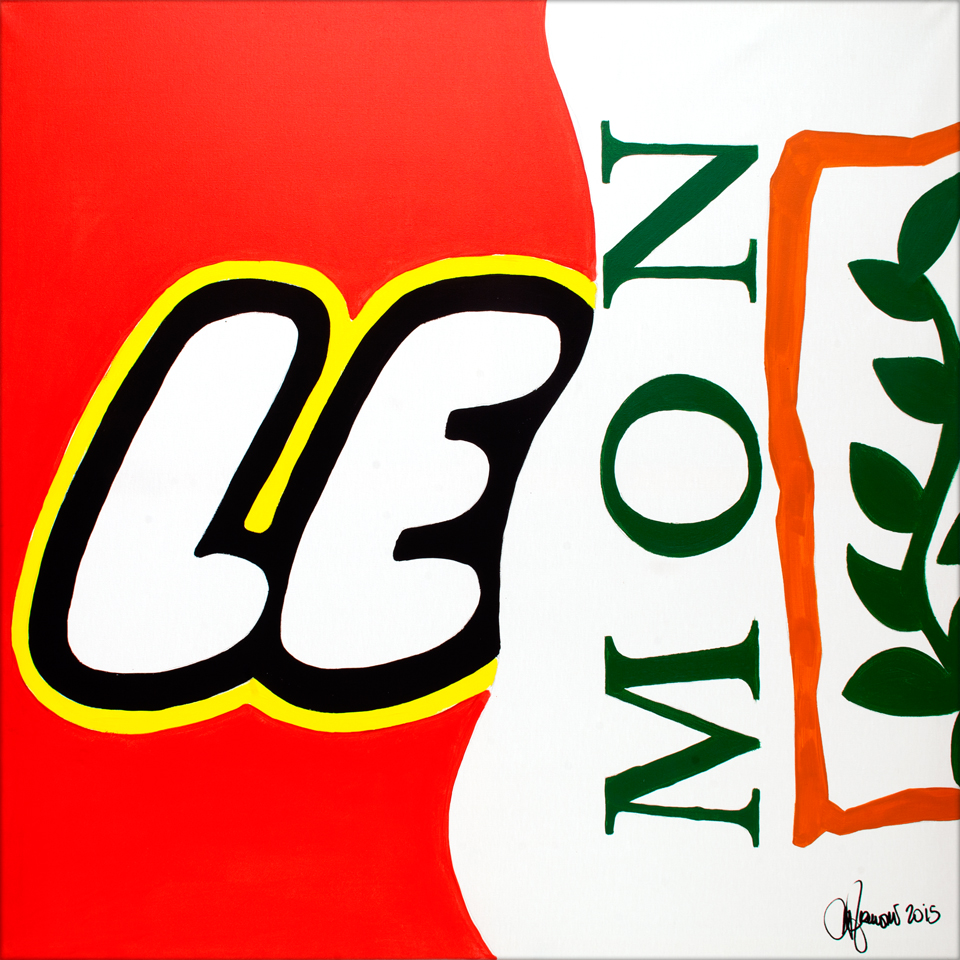 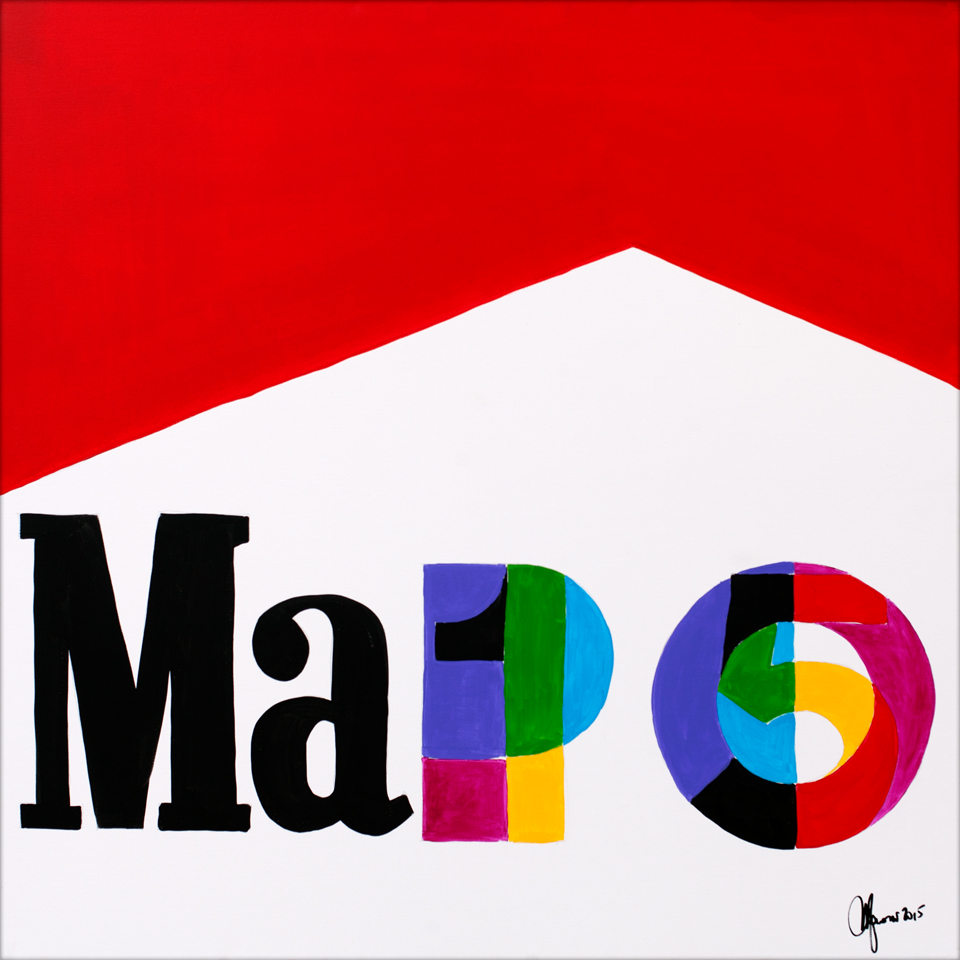 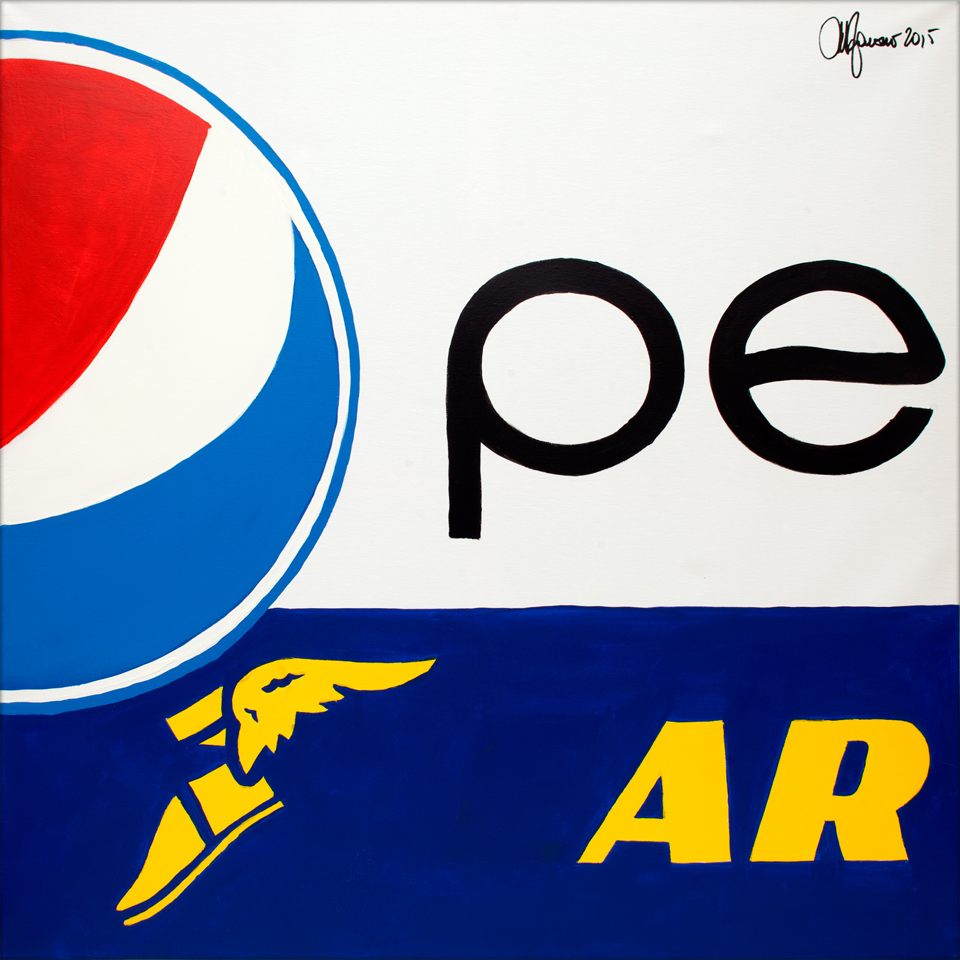 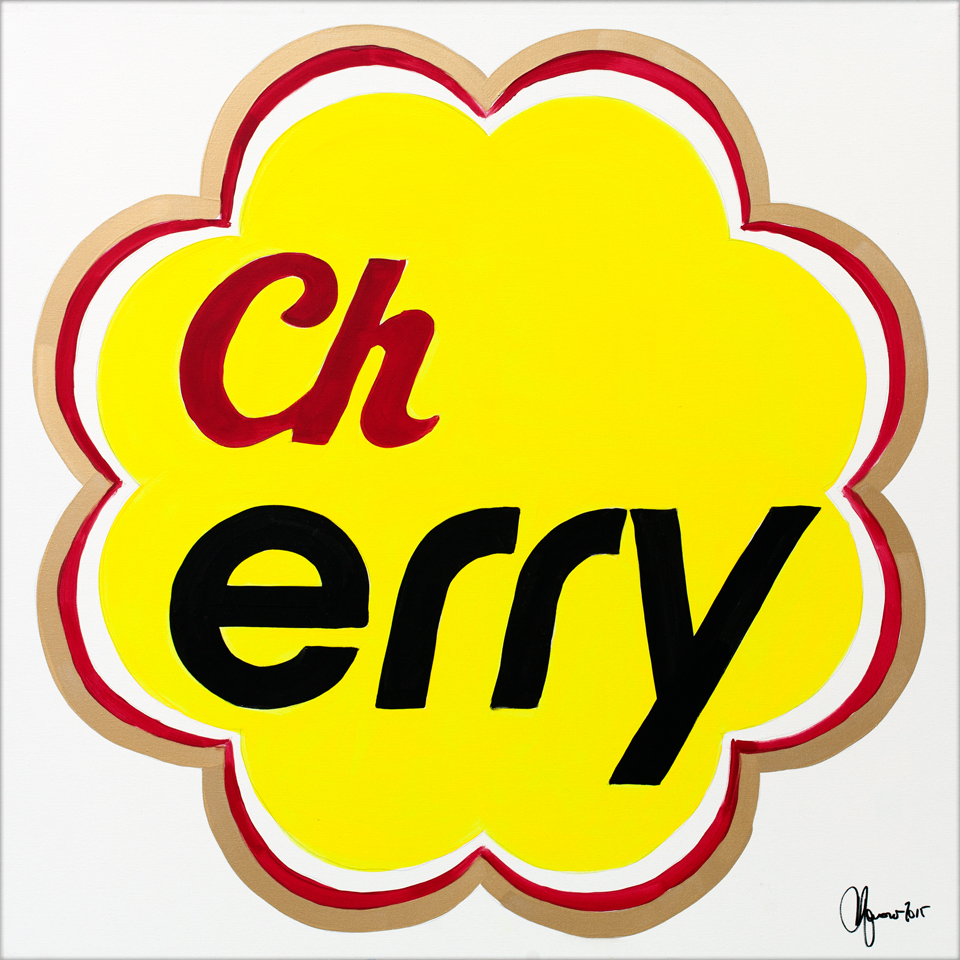 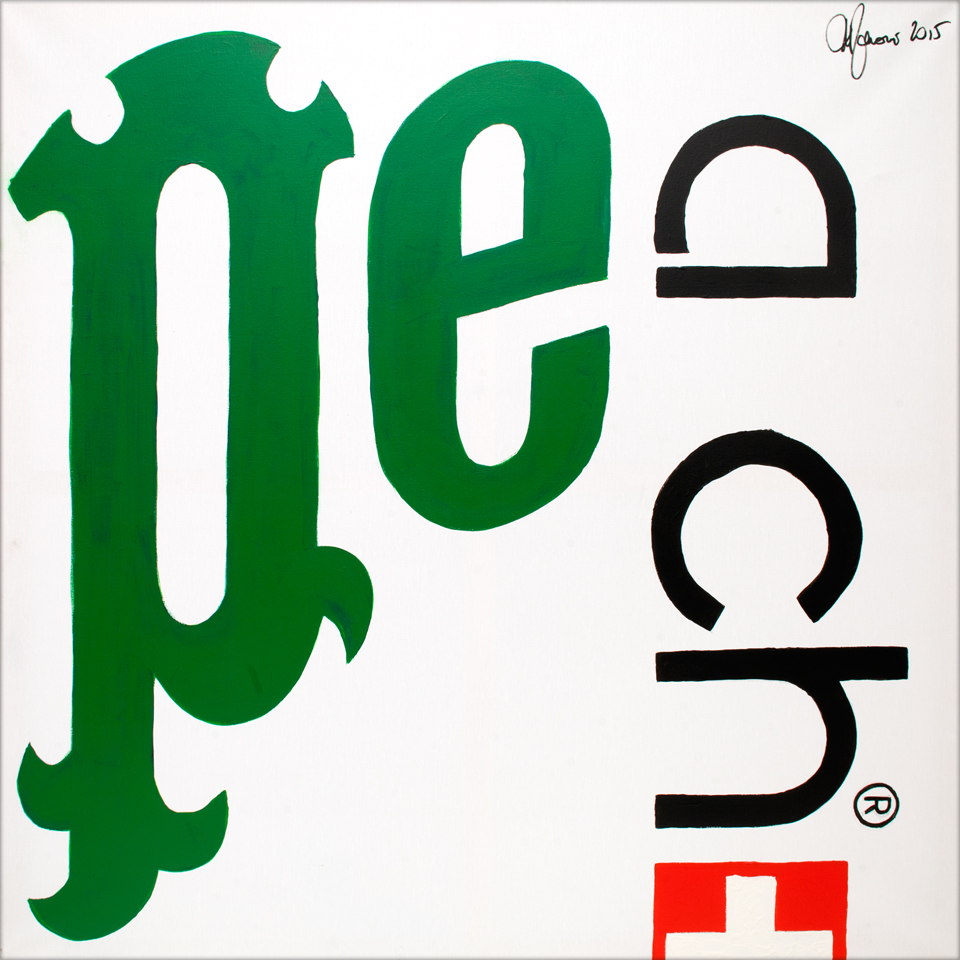 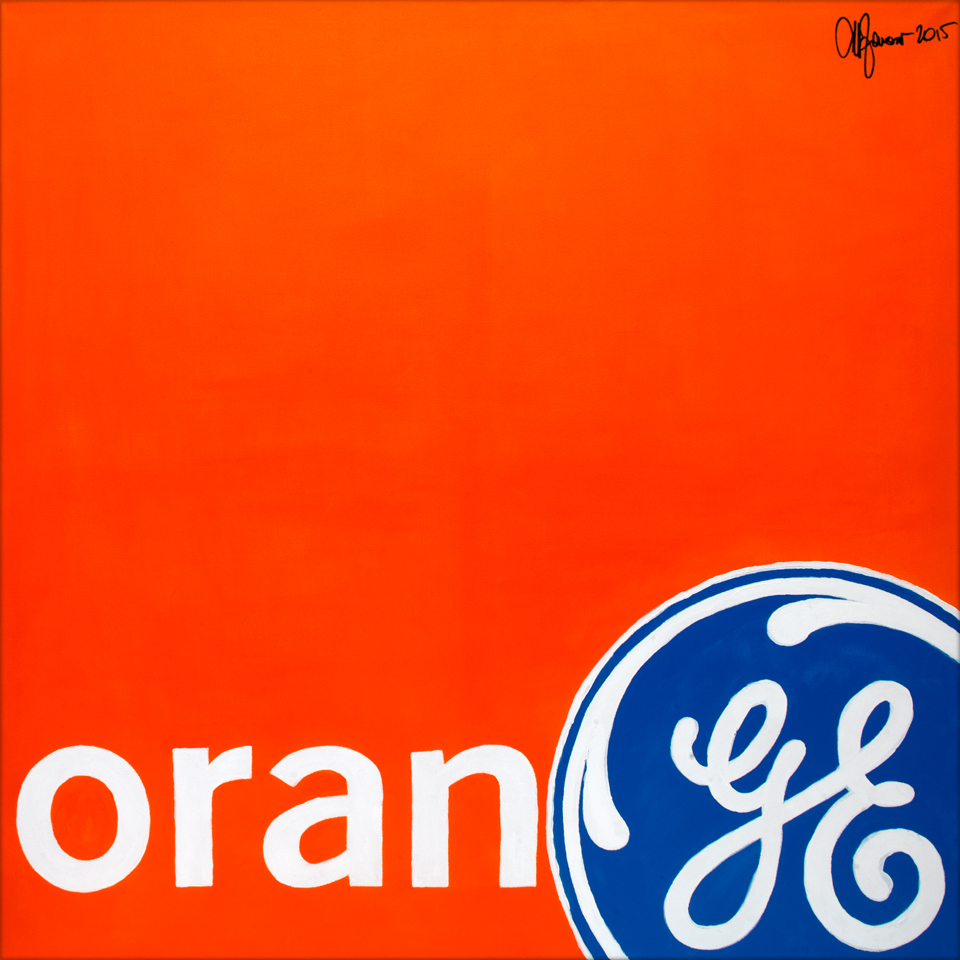 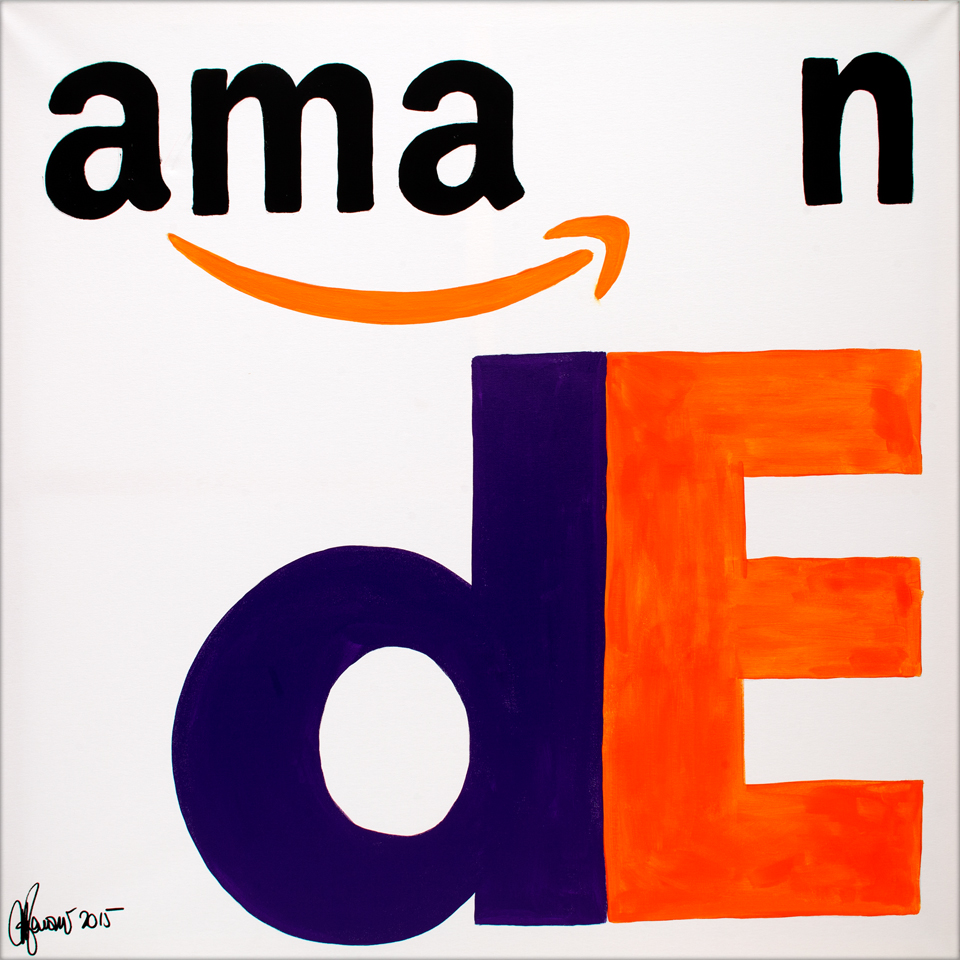 Michele Zanoni deals with diverse disciplines and styles, and this does not make it easy to define his activity. Before being an architect, a designer or a visual artist, he is a good observer: Every creative process he starts stems from an accurate examination of what surrounds him, and he enjoys experimenting with both materials and technologies. The same happened with Techno Food, a project presented for the first time during the Milan Design Week that takes its roots from EXPO Milano 2015 and its theme “Feeding the planet, Energy for life”. It is a series of Pop Art-inspired canvases, where logos of major corporations are broken up and put together in order to produce the name of a fruit or other foods. For instance, Pepsi and Good Year generate the word pear, Coca Cola and Nutella become coconut, Campari and Nike cake. What is the underlying idea? Food becomes technological through logo deconstruction. Technological food also becomes food for thought: We should reconsider both what we eat and our apparent freedom of choice. Not all of these companies deal with food, but they inevitably drive our habits and choices.

Modern trends impose that works of art are mechanic, virtual, and easily reproducible, so that they all look perfect and tremendously standardised. But Zanoni’s canvases are handmade. The same concept applies to food. He made a video, which is also called “Techno Food”, that shows the standard industrial approach and the artist’s response to it: Perfect, identical lemonade cans endlessly repeat and alternate with (ugly) organic lemons, each one differing from the other. Michele Zanoni’s choice goes against the concept of perfection promoted by the industry, which puts the values of genuineness, simplicity, and spontaneity that belong to nature on the back burner, in favour of advertising and business.

All this explains Zanoni’s approach and his disapproval of perfect, standardised food production. Most of the foods that look natural in fact are not like that. We do not consider food a natural choice, but we normally see it sophisticated. Infollution, a by-product of the excessive and uncontrolled use of resources, the result of visual bombing, image overload, and cognitive pollution, has an enormous influence on our day-to-day life: It makes us both consider things pleasant and charming, and immediately recognise logos. In this project the logos undergo a geometrical deconstruction process: The symbol is lost, what is left is the archetype of the element as well as a strong reference to the collective unconscious. You may say that these signs are just everywhere and this makes us immediately recognise Techno Food canvases when we see them for the first time, because they have always been part of our imagination.

Palm Art Award 2016 Techno Food 2.0
This website uses cookies to improve your experience. We'll assume you're ok with this, but you can opt-out if you wish. Find out more.